Learn how Ian Vargo produced and mixed a track just from a scratch guitar and vocal in Pro Tools for his band Ugly, Ugly Words.

My name is Ian Vargo and I’m with theproaudiofiles.com. I’m gonna show you how to produce and mix a rock song literally from scratch. This song is Ray Gun by Ugly Ugly Words. I was given a scratch vocal track and direct guitar track. Let’s listen to the guitar.

I’ll turn off these plugins to show you what it sounds like direct.

Got this vocal right here. I’m gonna turn off any plugins and mute the sends.

Add guitar there. It was sort of my vision to take it and make it fuller and sound more like Motörhead Ace of Spades. I’ll turn these plugins back on. What I started with was those tracks and added drums. I actually programmed the drums to sound real. I guess at that time I couldn’t afford a drummer, didn’t have a drum set. Didn’t have a studio on that particular day I was working on this track.

I created the drum performance using a combination of VSTs on this instrument track. I’m not gonna load Reason, but you can see this is actually my performance. Kick snare, kick snare. And we’ve got a bunch of hi-hats. Let’s see if we can load a virtual instrument like BFD2 which is a great one. Let’s load a drum kit.

That’s me drumming on a MIDI keyboard. I’d get the individuals sounds I like, let’s go for a more direct sound, and print multiple layers of kick and snare until I was happy with the sound. We’ve got a kick right here.

It’s more of a direct sound. A roomy snare. Overheads. Running out memory, awesome. Let’s get rid of BFD. We’ve got hi-hats, room, cymbals, direct — let’s just get all of these drums going you can hear what the final print sounds like. I do this because I want to be able to — even though they are created from virtual instruments — I want to have control and be able to mix them like I would a natural drum set. This is what they sound like after printed.

Fortunately the tempo was 204 and this original guitar track and vocal was tracked to a click. And these guitars in. I actually recorded the bass next. We have the bass which was direct. I’m gonna mute all of these plugins on this bass. I wanted sort of a grainy aggressive picky bass sound. Here’s the original bass sound.

So we sorta have that very picky sound. Good for rock music. Let’s add in these drums. And does not quite cut through. Especially once we add the guitars later you’ll hear the bass was not able to cut through with the current setting. What I did was add some harmonic distortion with decapitator. I’m not gonna go through these settings. That’s for another tutorial. We’ve got some EQ, some drastic boost at 3k to bring out the pickiness. More EQ, drastic cut at 4k. Don’t always know why I do these things but here we go. We’ve got the CLA-76 compressor. More EQ, some multiband compression and limiting. Limiting on bass is something I do every so often.

[bass guitar with EQ and compression]

Cuts way better. Next step was the guitars. Let’s solo this guitar, change our output.

I actually recorded these guitars direct, not very rock and roll. Whatever. So this is the original sound. You’re gonna hear some clipping because I’m a bad engineer. What I was going for is a loud crunchy aggressive in your face sound, so what I did is I started with some compression, added this SansAmp plugin. I apologize if I’m going through these really quickly. Decapitator. Some more compression.

And then what I did was print directly onto an audio track from this track. Let’s change this to no output and the final sound is this. Sounds like I did a little more distortion, maybe some decapitator. And the other guitar. Add in bass. Get those drums going. Bring in the lead vocal. A big part of this song I know we wanted to have a blistering guitar solo. I did the same technique where I have a direct sound. Lead guitar direct.

Sort of a crazy distorted broken sounding guitar. Sounds like we have some cowbell created with BFD 2. Thrown in for good measure, I was able to capture the sound of — my cat makes this weird sound, you heard him make a cameo before — makes this weird sound before he throws up. He was actually about to throw up while I was working on the song. So I synched that up and looped it. The cat throwing up sound is really what made it all what it is.

I had a great time producing and mixing this track. It’s Ray Gun by Ugly, Ugly Words.
Video Rating: / 5

For those of you love songwriting and need some tips, I made this video for you guys. Enjoy(:

1) Write what you feel.
– Don’t just write out random lyrics. Write about something that’s important to you, something you care about, or maybe even something funny you saw on the way to school or work.

3) Take your time.
– It’s not the end of the world. Take your time to craft the work of art in which you imagine. Unless you’re on a big deadline or something like that, just slow down and take your time.

4) Keep the words simple.
– A song isn’t a college english essay. There is no need to use big words in songs and I wouldn’t recommend it in general because using too much of these can lose the listener if he or she doesn’t know what the words mean.

5) Don’t be discouraged if your first song isn’t well done.
– Many songwriters, including myself, struggle when it first comes to creating a song. If your song just doesn’t seem good on the first draft or in general, do not be discouraged. This is only your first song and you will get better. I promise this to you.

8) Understand the structure of a song.
– Most songs have a structure of Intro, Verse 1, Chorus, Verse 2, Chorus, Bridge, and then the Chorus and Outro. As you know, the choruses have repeating lyrics so all you have to do is write one chorus and you have 3 parts of the song done. Most of the writing comes from the verses because most of the time the verses have different lyrics, but sometimes artists repeat the same lyrics in both verses. The bridge doesn’t always have lyrics because sometimes artists choose to put in an instrumental break there.

9) Explore the world for inspiration, even if your “world” is only your backyard.
– Most of the time, sitting at home and just staring at a wall won’t help with writing a song. So, take your notebook, sheet, phone, or whatever you use and go explore your world. This could be anything from your own backyard to Times Square. Go out and explore and you will get inspiration. The best exploration would be places that you love. If you love the beach, go to the beach and try to get inspiration from there.

Learn tips on how to arrange a song in the best format in this free video clip on songwriting.

Radio.com sat down with some of country music’s biggest songwriters and asked them for tips on writing country songs. Read more at http://radio.com

Radio.com features original shows, live and on-demand concerts, events, breaking news, and an all access pass to some of the biggest names and personalities in the music industry.
Video Rating: / 5

Learn some tips on writing the most important piece of any song in this free video clip, the lyrics. 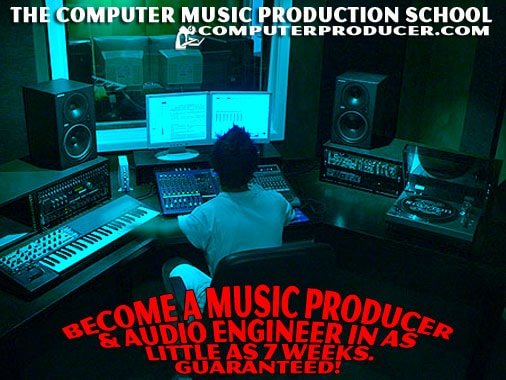